We are home from our 12 day stay in Cincinnati, and everything went better than expected.  There were no complications in Rhett’s tonsillectomy surgery, or during his recovery.  We stayed local in Cincinnati for 10 days because of the risk of bleeding, but thankfully Rhett did not have any bleeding.  He bounced back to his normal self very quickly, and we were able to enjoy our time in Cincinnati as a vacation.  While we were there, we visited with some family friends several times, attended a birthday party, went to the zoo, and explored Cincinnati.  I did not expect Rhett to be back to normal so quickly, but he continues to amaze me with how resilient he is.  Thank you for all the prayers through his surgery and recovery.  God is so good. 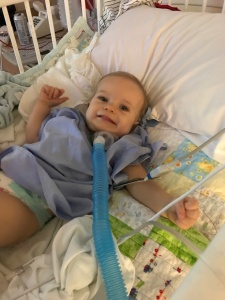 I have learned a lot through our 18 month journey with Rhett, but I want to take this post to share with you an extremely important lesson that I was reminded of.  From February until June we had been planning for the big airway surgery that would finally allow Rhett to breathe without his trach.  Those plans were quickly changed during his scope at the beginning of June when we discovered he had very large tonsils.  We were all a little disappointed because that meant more surgeries for Rhett and more time with the trach.  When you look forward to something for so long, it is hard to accept a change of plans.  All you can do is keep moving forward, and so we did.  Instead of the LTR, Rhett had a tonsillectomy.  Instead of spending the majority of summer in Cincinnati in a hospital, we only had to spend 2 weeks and we were able to enjoy it.  Instead of getting this huge surgery over with, it is still hanging over us somewhere in our future.

Through this I learned a very valuable lesson.  It is a lesson that I knew, but this experience really brought it to life for me.  That lesson is that God’s plan is ALWAYS better than my own.  I did all this planning for a surgery that Rhett was not ready for, which is what brought on some disappointment when MY plans didn’t go MY way.  Little did I know that this tonsillectomy would totally change Rhett for the better.  For those of you who are not familiar with a trach, one thing we have to do is suction it out.  Basically, we have to suction out the secretions that Rhett is not able to manage or cough up.  When Rhett was still an infant, we were having to suction his trach constantly.  We were always told that he would learn to manage his secretions as he got older and bigger, so when we went from suctioning every 5 minutes to every 15 minutes we were so pleased.  Before the tonsillectomy we were still having to suction him about every 15 minutes.  Now that his tonsils are out, Rhett can go hours without needing to be suctioned.  Yes, I said HOURS.  These last few weeks since surgery have been amazing.  It is so freeing to not have to be tied to a suction machine.  It is so nice not having to wake up every hour or more throughout the night to suction his trach.  It is so wonderful that I can allow my child to play like any other 18 month old without having to stop every few minutes to suction him.

Another positive change from the tonsillectomy is that Rhett is no longer throwing up.  If you have been reading my other posts, then you know we have had some issues with Rhett vomiting pretty much daily if not multiple times a day.  We were always on edge when going out in public for fear he would throw up all over the place.  We were stressed about his weight gain because he was not keeping all of his food in his belly.  I was up to my eyeballs in laundry because Rhett’s clothes needed to be changed multiple times a day, along with burp cloths and blankets.  We would rarely allow anyone to watch him which meant Dale and I were long overdue for some quality time.  In the three weeks since this surgery, Rhett has only thrown up two times.  Yes, I said TWICE.  We have gone from daily throw ups to only two in three weeks.  You can only imagine how wonderful that is for us.  I am no doctor, but my guess is that Rhett’s tonsils had grown so large that he could not swallow his secretions very well.  This would lead to him gagging which would lead to him vomiting.  Now that the tonsils are not in the way, he is able to swallow without gagging more efficiently. 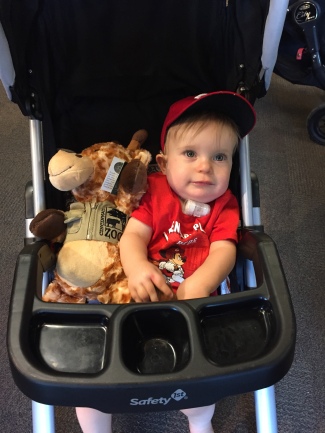 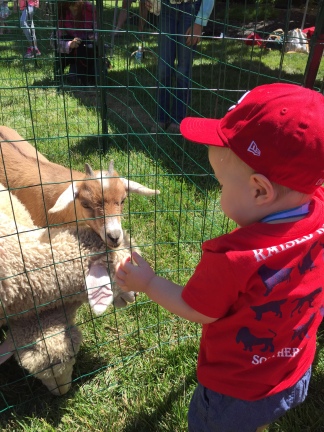 As always, we ask that you continue to pray for our little warrior.  We will be returning to Cincinnati in mid August for a follow up scope.  He will have the scope on the 16th and the FEES on the 17th.  Please pray that he is ready for his next surgery, and we can move forward with scheduling the LTR.  Again, we thank you for praying for our little one.  God has answered so many of our prayers.  This experience has been such a reminder that God has a plan and knows exactly what we need.

Proverbs 3:5-6 Trust in the Lord with all your heart and lean not on your own understanding; in all your ways submit to him, and he will make your paths straight.

One thought on “God’s Plan is Always Good”