We have had a super busy summer in our house.  This update has been put off for longer than I had planned for, but we have stayed busy with Rhett while also trying to pack up our entire house.  For those of you who do not know, we have sold our house and are moving to be closer to Dale’s new job.  Moving is hard work, but when you throw a toddler into the mix, it makes the job seem never ending.  I am getting off topic here, so let me get back to the point of this post and tell you about our most recent trip to Cincinnati.

Those of you who keep up with Rhett know that he had scopes of his airway done a few weeks ago in Cincinnati.  We were hoping to hear that his inflammation in his airway has gone, and that he was ready to be scheduled for his airway reconstruction surgery.  This was not the news we found out, but I would not say that we got bad news either.  We were told that he still has inflammation in his upper airway right at the lingual tonsil (basically at the very back of his tongue).  This inflammation looks a little better than the last time, but not good enough to make any changes at the moment.  The inflammation makes his airway crowded, which means he would not have a safe airway if he did not have the trach.  The reason that we can not do anything surgical to remove some of this crowding is because of the risk it could put him with aspiration.  He has come so far with his eating, and is even up to eating 4 ounces of pureed food in one sitting, that we definitely do not want to do anything to cause him to aspirate.  We were also told that he has great lungs by the pulmonary doctor, and we do not want to do anything that could potentially bring harm to his lungs.  For now we will continue with his medical routine that we have been doing for his inflammation, and hope that it continues to improve.  He still has the subglottic stenosis (the collapse in his airway that is right above his trach) that we have been wanting to do the reconstruction on.  The reason we have not been able to do the reconstruction is because the inflammation would affect his healing after the surgery.  We have been thinking for the last year and a half that in order for him to get the trach out he would need the reconstruction surgery.  After this scope we were told that there is a possibility that he may be able to get the trach out without surgery.  I think this could mean that he might have the trach for longer and it will be a process the he will have to work through in order to be ready to be trach free, but that also means he would not have to go through that major surgery.  We are going to scope him again in 9-12 months to see how he is growing and if his airway is opening up any as he grows.  We are very hopeful that when he is scoped again next year, his inflammation will continue to look better and his airway is growing.

At his pulmonary clinic appointment, one of the things we did was test him using the passy muir valve (PMV).  The PMV is the purple thing you see that we put over his trach.  It is a speaking valve, and the way it works is that with it on you breathe in through the trach and breathe out through the upper airway (nose and mouth).  For the last year, Rhett has been wearing this valve all waking hours when he is not sick, but we have had to modify the valve with two little drill holes to relieve some of the pressure.  With the collapse in his airway and all of the crowding, he doesn’t have enough room to get all the air to his upper airway to exhale, so some of it is still able to be exhaled through the trach.  They did a pressure test with this valve to make sure it is safe for him to wear, and he is now able to wear the valve with just one drill hole.  That means he is able to get more air to his upper airway to exhale when breathing.  This amazes me since his airway is narrow and crowded, but somehow he is able to do it.  This is a step in the right direction of getting the trach out without surgery, but it is still not guaranteed that he won’t require surgery.  They want us to come back for an ENT clinic appointment in 6 months to test his pressure with a PMV that has no holes in it.  We are so hoping he continues to move in this direction because that would mean another step in the direction of getting the trach out without surgery.  Ever since we have changed to just the one hole PMV, Rhett has become even more vocal and is even breathing a lot more through his nose and mouth.  He has really found his voice and has been experimenting with the different sounds he can make.  I really think he is trying to talk to us.  It is the sweetest sound to hear your child’s voice.

Here are some prayer requests that we ask you to remember over the next year.  Pray that Rhett will grow a lot, and that his airway will grow and open up with him.  Pray that his inflammation continues to improve and will go away completely.  Pray that his upper airway becomes less crowded.  Please pray that when we do his next PMV test in 6 months, that he can tolerate a PMV that has not been modified.

Next up for Rhett will be his Cochlear Implant surgery in September.  Please keep this surgery in your prayers also as this is the first surgery that is not required.  Dale and I have made the decision to go through with this surgery, and it was a very tough and well thought out decision.  Please pray that we have made the right decision, and that Rhett will have better access to sound.  Please pray for the surgeon and all involved in the surgery.  Pray for steady hands as he will be working on Rhett in an area that is surrounded by tiny nerves.  As always, thank you for staying updated with Rhett’s journey and thank you for your constant prayers. 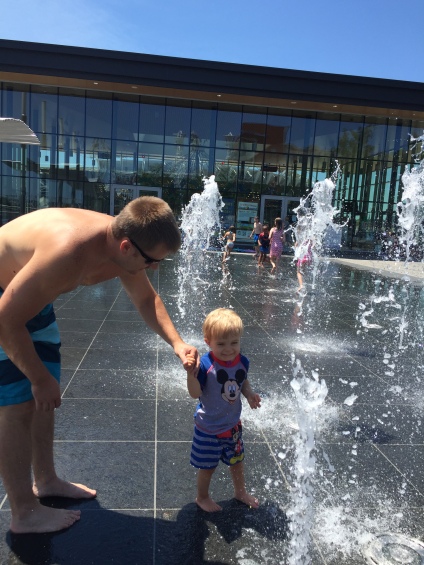 Hi, I am Anna Martin, and I am a Mindset Coach to mommas of children with disabilities. I help these women find the freedom to live their life in a way that their circumstances do not determine their happiness. I am also a special needs momma, and boy momma to 2 of the sweetest boys in the world. I am here to empower women to be in charge of their life, despite their circumstances. View more posts